When gold was discovered at Kiandra in 1860, the miners and their families used fence palings as a means of skiing on the abundant snow.
This was the birth of skiing in Australia. Within a year, the Kiandra Ski Club was formed, which ranks as one of the first ski clubs in the world. Tom Mitchell, local farmer, politician, Attorney-General, historian, skier, and Changi P.O.W., represented Victoria and Australia at national and international levels.

His wife, Elyne Mitchell, author (Silver Brumby Books, et al.) and conservationist (author of “Speak of the Earth” and “Australian Alps”) joined
her husband Tom in representing Australia at home and abroad in skiing. Tom Mitchell was able to use his position and expertise as a skier to encourage successive governments to set up ski villages and resorts in Victoria, and promote skiing as a family activity.

The historical collection of antique skis suffered a terrible blow when the Mt. Kosziouscko chalet burnt down in 1952, and later the Kiandra chalet in 1969.

Fortunately Tom Mitchell had a collection of historic skis, which he donated to the Man from Snowy River Museum. This collection was recognised in 1984 by the Australian government, who borrowed the collection to send to the World Expo in New Orleans (U.S.A.).

Within the Man from Snowy River Museum’s unique collection of early 20th-century snow skis are some of the original fence paling skis and, stocks and boots representing some of the earliest endeavors and achievements in Australian skiing. Tom and Elyne Mitchell donated much of this collection. 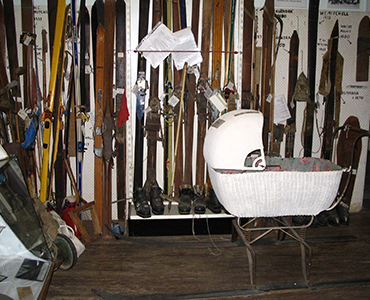 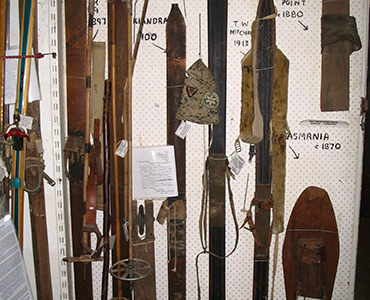 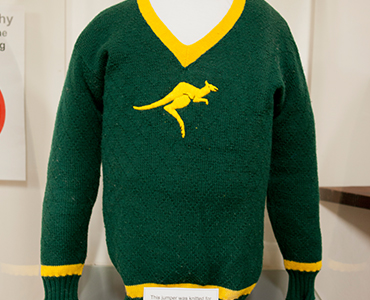 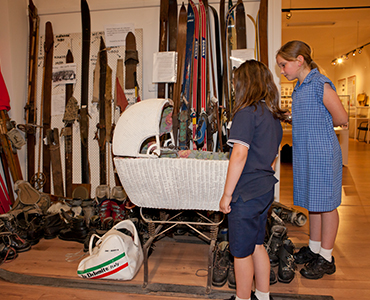