Since the 1870s there have been various attempts by anthropologists to draw up boundary/language maps to define the range or territories of Australia’s First Peoples. Tindale published a map in 1974 which became generally accepted by the European community, but these boundaries are now disputed in some quarters.
By the early 1860s the upland tribes, the Jaitmathang, Dhudoroa, Ngarigo and the Wolgal, who were collectively custodians of the Australian Alps, had been almost brought to the brink of extinction. So rapid and complete was their demise that whole language groups almost completely disappeared before their loss was appreciated by the broader community.
Kauwambat = Cowombat Flat at the very head of the Murray. Kauwambat means “woman” in the Wolgal dialect; a highly appropriate name since this is the birthplace of Australia’s greatest river Howitt personally interviewed the few remaining members of the Wolgal tribe. His informants were Yibai-malian (Murray Jack) Janey Alexander (Murray Jack’s daughter), and Mragula or Singing Johnny, a bard and singer of his people. Mragula was born on the Upper Murray and is believed to have been closely associated with the Maragle area. Murray Jack was born at Thelbingung, or Mount Talbingo.
In Howitt’s handwritten notes taken at the time of interview he describes the territory of the Wolgal as:
From Kowumbut down the river to …….Tom Groggin thence to Wheelers Creek [Wadymandouree or Nariel Creek] and Cudgewa and as far down the Murray to Walariganya [Welaregang] River joining the Murray – above Albury thence to Tumberumba – Adelong – Kilmore [Gilmore] Creek to Tumut thence from Tumut to Gundagai – to Gloot – Cullingbong and to Lambing Flat thence to Yass – to Queanbeyan – to Micalago – Cooma – Kiandra – Lots Hole [Lobb’s Hole] – Thelbingung Mountain [Mount Talbingo] – thence across to Kowombut.

Howitt simplified the boundaries in his subsequent 1904 publication, The Native Tribes of South East Australia to refer only to the New South Wales side of the Murray River, as later reflected in Tindale’s map.
From the above information, obtained directly from Yibai-Mailian and Mragula it would appear the Victorian side of the Upper Murray area was part of the traditional country of the Wolgal People.
The First People had a system of groupings called “classes” and “totems”. Individuals within a tribe, were divided into two or more classes. This was the foundation from around which their socialisation largely revolved. Beyond this there was a further division which governed both customs and delegation of labour; that being “men’s business” and “women’s business”.
The “class and totem” system of social organisation gave a strong sense of position, belonging and kinship within the tribe, in some ways similar to how family surnames and titles do in western society. Tribal law, taboos, and marriages were all aligned within this system, to avoid genetically close marriages.
Some of these systems were very complicated. According to Howitt the Wolgal people followed a 2 class system based on maternal descent. That is, a child’s “class” and “totem” were derived from the mother. Some other nations had a four class system with either maternal or paternal descent.
Amongst the Wogal the two classes were designated Malian (Eaglehawk) and Umbe (Crow). Marriage laws stipulated that people of the Mailan class could only marry those belonging to the Umbe class and vice-versa, and of a totem other than their own. When tribal law was still strong, transgressions, when discovered, were severely punished, often by exile or death.
The Upper Murray People were organised as follows:
Nation ? Confederation of tribes ? Individual Tribe ? Class or moiety? Totem

A brass breastplate held by the Man from Snowy River Museum is the only known one issued pertaining to the tribes of the Upper Murray area, and it would have been presented to Kitty Howcarley somewhere between 1838 and 1883. The inscription is “Kitty Howcarley Queen of Tow wong Hume River”.
Breastplates were issued either by the government or by pastoralists to aboriginals who were perceived by the Europeans to be either leaders of their tribe, have committed some service to the white community, or who were thought to be the ‘last of their tribe’.
In 1908 this breastplate was found by shepherd Michael Webster and handed to the Mitchell family. After that date it was stored and then used as a paperweight on T.W. Mitchell’s desk at Towong Hill until 1972 when it was donated to the museum.
Unfortunately both the manufacturer and the reason for issuing the breastplate is unknown. A copy of the breastplate is on display at the museum.

Two iconic Indigenous people on the Upper Murray were Maggie and Charlotte. During their time they were recognised as Black Mag and Black Charlotte. Both women were highly respected and fondly remembered in this district.
According to local tradition Maggie was a member of the Gundanora People from the Omeo side but as a young girl fled across the “Gibb” (the mountain range that divides the Upper Murray from Omeo) and found refuge with the Wheeler family at Old Nariel Station. Maggie very quickly became an integral part of this district and indeed greatly assisted a number of the poorer pioneering families, by way of procuring native game, standing in as midwife, and other practical advice as they struggled to gain a foothold. The debt of gratitude to Maggie is acknowledged in some of the local family histories, and in oral tradition, including the Jarvis and Harris families.
In 1871 the Victorian Colonial Government passed an act which sought to gather up the aborigines and their children and place them on Mission Stations. For a long time Maggie escaped this dragnet but eventually, in May 1878, Government policy caught up with her. By this time Maggie had four children, Isabella, Minnie, John and Jacob,. The two girls were amongst the earliest students enrolled at Corryong Rural School No. 127 on Hunters Plain. Maggie died before she could be removed but her orphaned children were sent to Coranderrk Mission Station near Healesville. For a time Jacob worked as a tracker for the Tumbarumba police but, along with his two sisters died at an early age. John became a noted and highly respected black tracker for the New South Wales Police, and his family went on to become prominent advocates for aboriginal rights.
Black Charlotte, or Charlotte Wall, was of the Wolgal People and was born on the Tumut River. Her mother was Margaret, a Tumut native, and her father, William Wall, an Aboriginal stock rider. Charlotte lived in the Tumut/Tumbarumba area until she was about five years old and then her family found their way to the Upper Murray where she lived for 50 years. Charlotte was known for her great love of children, but unfortunately her own didn’t survive childhood, however she positively contributed to the lives of many of the youngsters of this district, amongst them the Stockwell children. Charlotte died at 55 years old on the Hanson properties at the foot of Mount Mittamatite, in 1894, hence ending the last link with the original local indigenous culture. 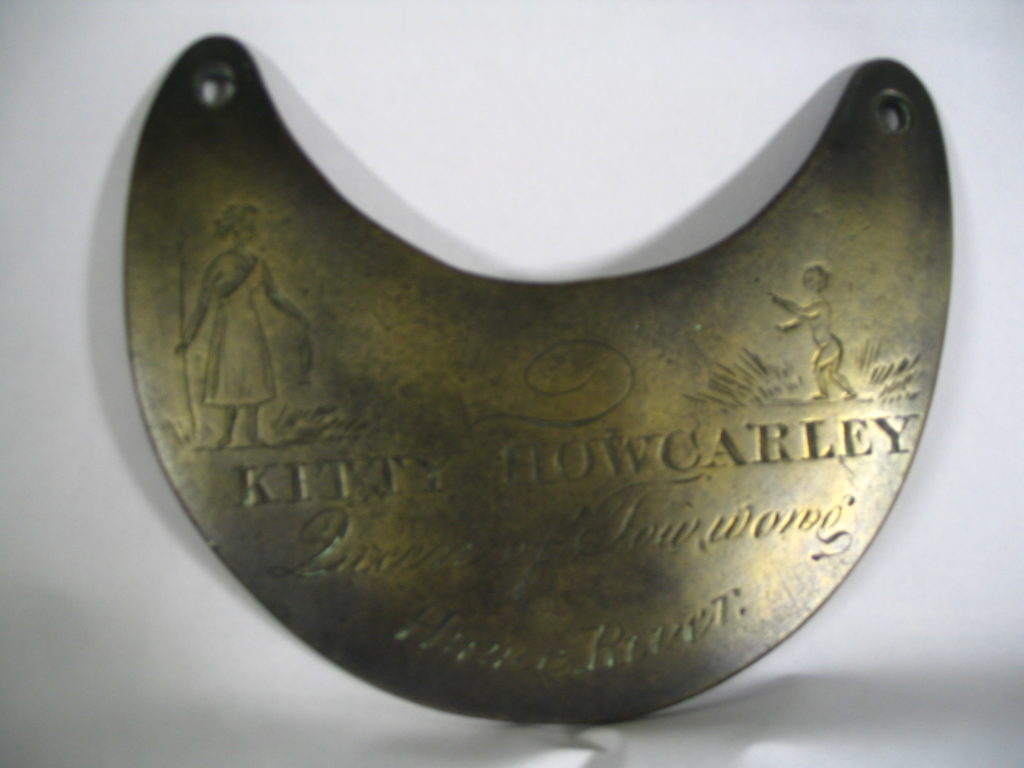