Lodge Memberships in the Upper Murray

Lodge Memberships in the Upper Murray

The title of lodges comes from the Stone masons building the early cathedrals in Europe. The first thing they built was a room where they could eat and sleep or lodge while they were building. The freemasons lodge of today is a direct descendant of those stone masons. In the early part of the 19th century benefits lodges or friendly societies were formed which consisted of groups of people usually with common backgrounds or interests with the object of helping one another in times of troubles, providing sick pay, funeral benefits, loans etc. really the forerunners of todays credit unions and Medicare.

In 1884 Rechabite Lodges, called Tents, were formed in Corryong. Meeting in the hall at Cudgewa. The principal families were Blair, Carkeek, Anderson, Eade, Murrell, Nankervis, Simpson, Land, McOrist, Jarvis, Skoan. A part of the objects of the Rechabites were discouraging the use of alcohol and tobacco.

In 1884 the Loyal Corryong Lodge of the Manchester Unity Independant Order of Odd Fellows (M.U.I.O.O.F.) was formed. This lodge is still meeting and is the 2nd oldest continuing organisation in the Upper Murray, the Towong Turf Club being older.
Original 13 members MUIFOOF were

Bro Jim H. Nankervis received the Manchester Unity Meritorious Service Jewel in 2008, the only member to receive this jewel.

There was also a M.U.I.O.O.F. lodge in Walwa.
Bro Andy Harris of the Corryong Lodge was Grand Master of the order in Victoria when the Manchester Unity building on the corner of Collins Street and Swanson Street Melbourne was built and dedicated in 1931.

The Corryong Masonic Lodge was dedicated on 17-10-1899. The Lodge was held in the Presbyterian Church until the temple was built and dedicated on 21-4-1922.
The original Lodge members were

Tetoma Masonic Association was formed on 27-11-1959 at the home of Bro Ryan at Sue City. This association was not a lodge but an association of Masonic Brethren working on the Snowy Mountains Region. It had a roving charter. So it could move to other locations as required. The name ‘Tetoma’ was derived from T2 Power Station and Tooma S.M.A. Masonic Association meetings were often held in members homes and the ladies joined for supper. Members organised visits to lodges in Cooma, Tumut, Batlow, Tumbarumba, Corryong.
The last meeting recorded was held at Khancoban Golf Club on 22-8-1973. 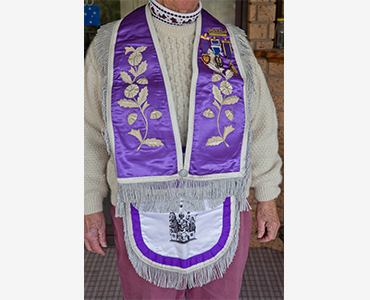 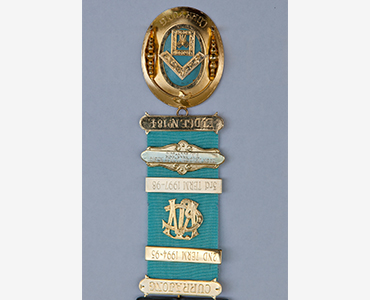 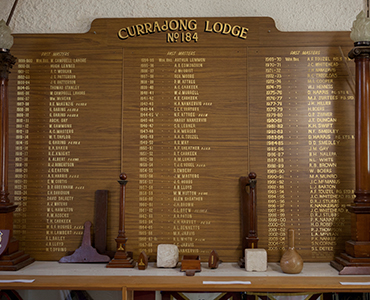