The Upper Murray Remembers the War

The Upper Murray Remembers the War

The Upper Murray has a long history of supporting Australia’s military activities. 5 local men enlisted in the Boer War, many more in WW1 and over 300 in WW2. Many families lost sons, husbands, and fathers. Local families also provided Whalers (the horses used in the Lighthorse regiments) and the Corryong Red Cross was formed in 1914 to provide packages for soldiers.
The Man from Snowy River Museum has an extensive collection of objects, photos, and stories from the men and women who served and returned to the Upper Murray. Some were high profile people, others just as important to their families waiting for them at home. Names included Air Commodore W.H (Bull) Garing, Peter Chitty (Changi Brownlow), Tom Mitchell, and Jim Simpson.
Jim Simpson’s Prisoner-of-War Rug In October 1943, at the age of 29 years, RAAF Flight Officer James Orgill Simpson(Jim) from Nariel Victoria was in a Lancaster Bomber on his first mission, and was shot down over Germany. Jim was incarcerated as Prisoner of War in Stalag IVB for the next 18 months.
Jim was a tall strong and determined country man from the mountains in the Upper Murray area, a boy who had grown up trapping rabbits, shooting, riding a horse, and working on the farm…and also knitting. A pastime his mother had taught him, never imagining how it would affect his life.
Over the long months of being in the prison camp Jim collected wool, knitted, taught other prisoners to knit, and designed a 2m x 2.1m rug from memory, depicting an incredibly accurate map of Australia with mountains, lakes, islands, State boundaries and Coats of Arms.
It is rare and unique in its design, size and condition, and has historical significance internationally as an example of the ingenuity and resilience of the Australian soldier.
The design and creation itself has some significance in both its aesthetic and interpretative potential, illustrating the retained knowledge from a limited education system of Australia’s geography, and the social implications of a thirty year old man from an isolated farm in that era knowing how to knit complex patterns and designs.
The precise provenance of the rug enriches its value both historically and aesthetically by providing detailed accounts of its design and construction under adverse conditions.
Locally the rug has become an important aspect of the region’s history. Jim was a local man who was renowned for his outspoken distrust of government, but one who was willing to stand up and be counted, serving years as a Shire Councillor, including a term as Shire President.
Jim passed away in May 2012 and the large gathering at his funeral all agreed that his rug held a part of his soul and a special place in the hearts of the many people whose lives he touched over his long life.
The rug is now proudly displayed in the hometown of its creator in The Man From Snowy River Museum in Corryong, as was Jim’s request, a part of his soul living on in his beloved mountains.

Tom Mitchell was a POW in Singapore’s Changi prison during WW2. He was also the District Scout Commissioner for a number of years, a champion skier, the local Member of Parliament for 29 years, and from 1950 to 1952 was the Victorian Attorney-General. He was born locally and lived at Towong Hill, 15km from Corryong.. The museums war exhibition includes the cane he kept with him, where he carved a notch for every week he was incarcerated. There are 185 notches representing 3½ years.
The Man From Snowy River Museum holds the timber bow plate showing the name of the vessel from the ship The Krait.
The Krait was a Japanese fishing boat captured by the Royal Australian Navy before the fall of Singapore in 1942. In September 1943 it was used for Operation Jaywick with a crew of Z Special Unit commandos disguised as local fisherman. The Krait’s Captain was Lieutenant Hubert Edward (Ted) Carse, whose father was a former Corryong teacher and mother one of the local Carmody family. This crew sailed the boat 4500km back to Singapore and used limpet mines to sink two Japanese ships and damage another five.
The Krait was a symbol of hope for the prisoners of Changi and when Tom Mitchell was leaving Singapore after 3½ years as a POW he took the name off the ship and brought it back with him to Australia where it was displayed in the Scout Hall until it was given to the Corryong Museum in 1977.
The ship itself, now fully restored, has been inducted into the Royal Australian Navy Hall of Fame and is now on display at the National Maritime Museum in Sydney. 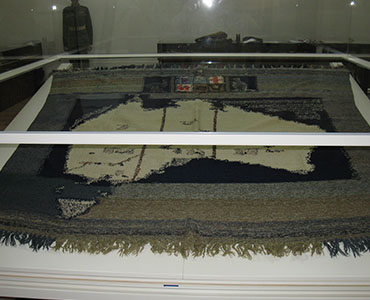 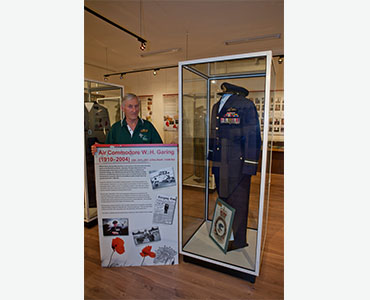 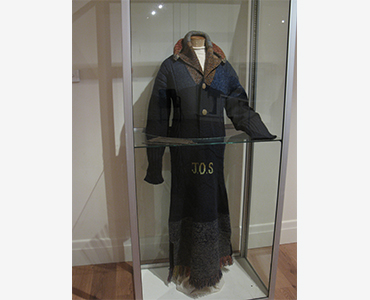 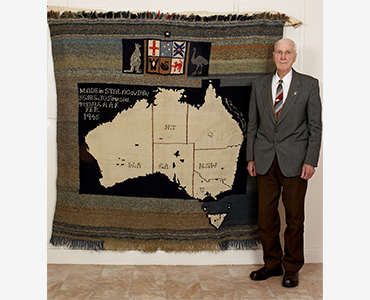 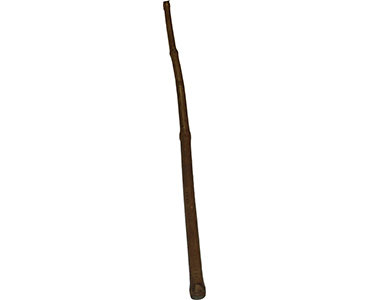